International Women's Day in the Pandemic 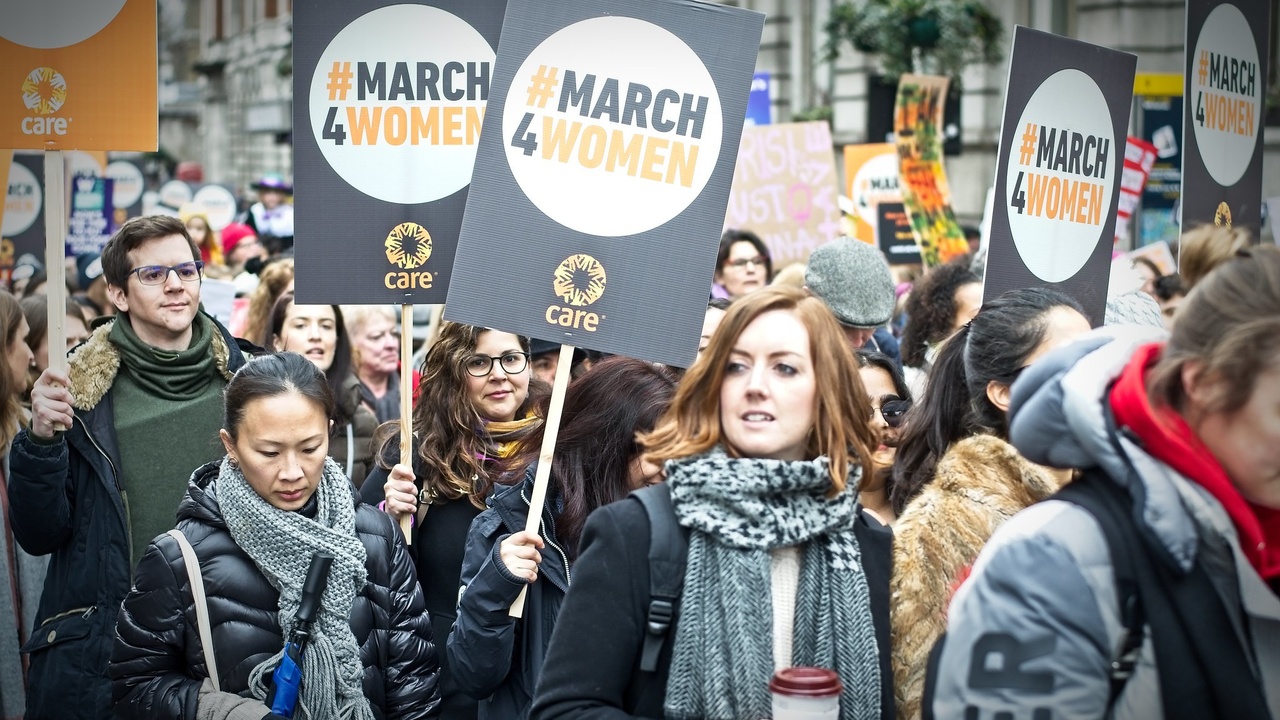 Today is International Women’s Day (IWD), a day celebrating the achievements of women and demanding full gender equality. In this blog, we take a quick look at IWD’s purpose and history and its meaning today.

We would like to warn readers from the beginning that this blog discusses some sensitive and potentially upsetting topics.

International Women’s Day has a long and rich history, which can be traced back to women’s marches through New York in 1908 demanding voting rights for women, fairer pay and shorter working hours.

In 1910, German Women’s Rights activist Clara Zetkin first came up with the idea that any Women’s Day should be international.

The day’s modern incarnation can be traced back to the United Nations decision in 1975 to celebrate an International Women’s Day.

The purpose of International Women’s Day is to raise awareness about the need for gender equality, celebrate women’s achievements and support female-focussed charities and campaigns.

While women won the right to vote more than a century ago, gender inequality has far from disappeared. In the UK for instance, women typically have lower earnings and less wealth than men and women find themselves taking on a disproportionate share of caring responsibilities.

During the pandemic, Public Health England have noted a disproportionate impact on the mental health of women.

As a mental health charity, our therapists are seeing some of these problems first-hand as women often find themselves taking on much of the caring responsibilities and much of the economic impact of the pandemic.

The event will follow the theme of International Women’s Day – Choose to Challenge.

Gender Inequality and the Pandemic

According to a new study from Fidelity International ‘a quarter of women suffered a significant drop in income last year’. We are also seeing increased evidence of the gender pay gap - the difference between men and women’s earnings – increasing in light of the pandemic.

Alongside this, we are seeing keyworkers in professions with large numbers of female workers, such as nursing, social care and childcare, being impacted by high levels of stress during the pandemic period.

We have also seen signs of rising levels of domestic abuse both nationally and globally, with the UN describing this as a ‘shadow pandemic’.

Our therapists and navigators have seen many cases of women facing significant issues in their relationships during the pandemic – with some cases being particularly severe. - What do you mean by severe here? Perhaps saying something along the lines of ‘unable to escape’, or ‘unable to get out of their situation’?

In recent times, we have also seen extremely troubling cases of modern-day slavery and trafficking, with women often the victims of such crimes.

With shocking headlines last year about the hyper-exploitation of predominantly female, predominantly South Asian garment factory workers in Leicester. Unfortunately, there are signs that these are more than just isolated cases.

Finally, we would also like to note the recent passing of LGBT history month and the particular barriers and challenges which are often faced by lesbian, bisexual and transgender women. This often leads to something like ‘double discrimination’.

This year International Women’s Day is about choosing to challenge gender bias and inequality.

With our event we particularly want to celebrate women’s diversity, contributions and achievements.

With the day coming at a time of uncertainty and rising levels of discrimination and domestic abuse, we think it’s vital that women and men of all ages come together with a shared voice. In particular, we want to highlight the significance of the relationship between issues facing women today and wellbeing and mental health issues.

Our activities will follow the philosophy of our Peer Support Group, that of a diverse group of people who together are all equal.

This event will be peer-led, by women, in the spirit of International Women’s Day. It will be open to all and will work to raise awareness so that we can all take part in instigating change.

The group includes women who during lockdown have had far more caring responsibilities than ever before.

It includes working mothers who are balancing working from home whilst home schooling their children.

For the first hour of the event we have presentations from female members of the Peer Support Club. This includes a 10 minute yoga breathing exercise and a 10 minute piano recital.

We will also have presentations from other female members of our Peer Support Club to talk about their passions, and why they signed up to be a Peer Support Volunteer.

As we’ve highlighted, though we’ve come along way since the first International Women’s Day there is still a long way to go.

As such, we hope that our event this International Women’s Day encouraging people to Choose to Challenge and promoting wellbeing, can be a small but important contribution.

If you need to speak to someone in a safe, confidential and non-judgemental environment you can contact the Barnet Wellbeing Hub here. In an emergency you should always dial 999.

You can also find help and support on Barnet Council’s website here. The National Domestic Abuse Helpline, which is run by Refuge, can also be accessed here.